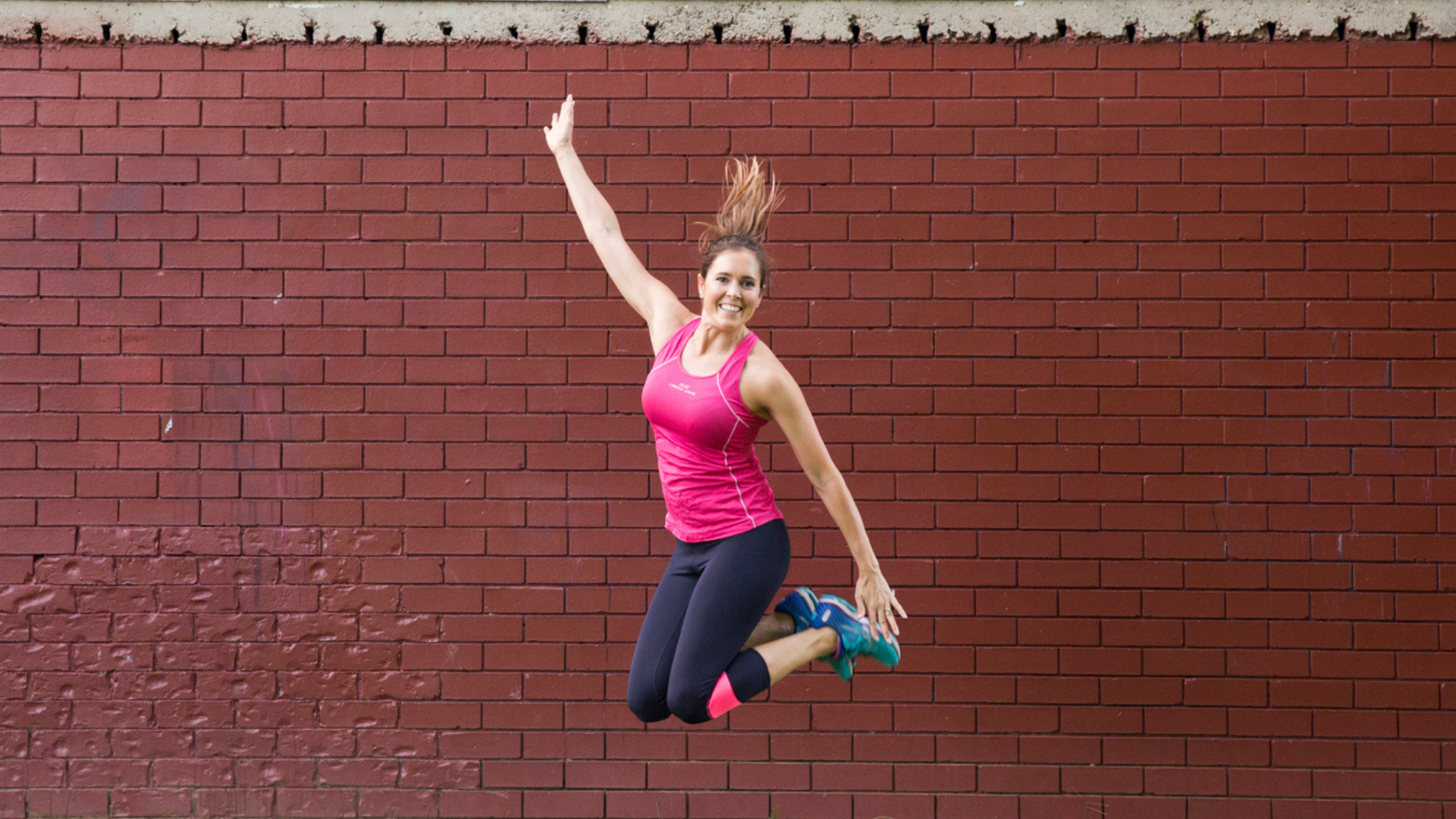 You'll be the first to know when doors open and get access to a very special offer.

Are you the type of runner that knows exactly where every public toilet is along your route?

Don’t worry - you are not alone! 30-50% of athletes regularly suffer from gastrointestinal (GI) problems while exercising.

Far too common among endurance athletes, GI symptoms include nausea, cramps, bloating, wind, vomiting, diarrhoea and urgency. It seems that the frequency, intensity and severity of these symptoms increases as the event distance increases.

So why exactly does it happen? And what can you do to prevent runners gut?

In this episode you will learn: 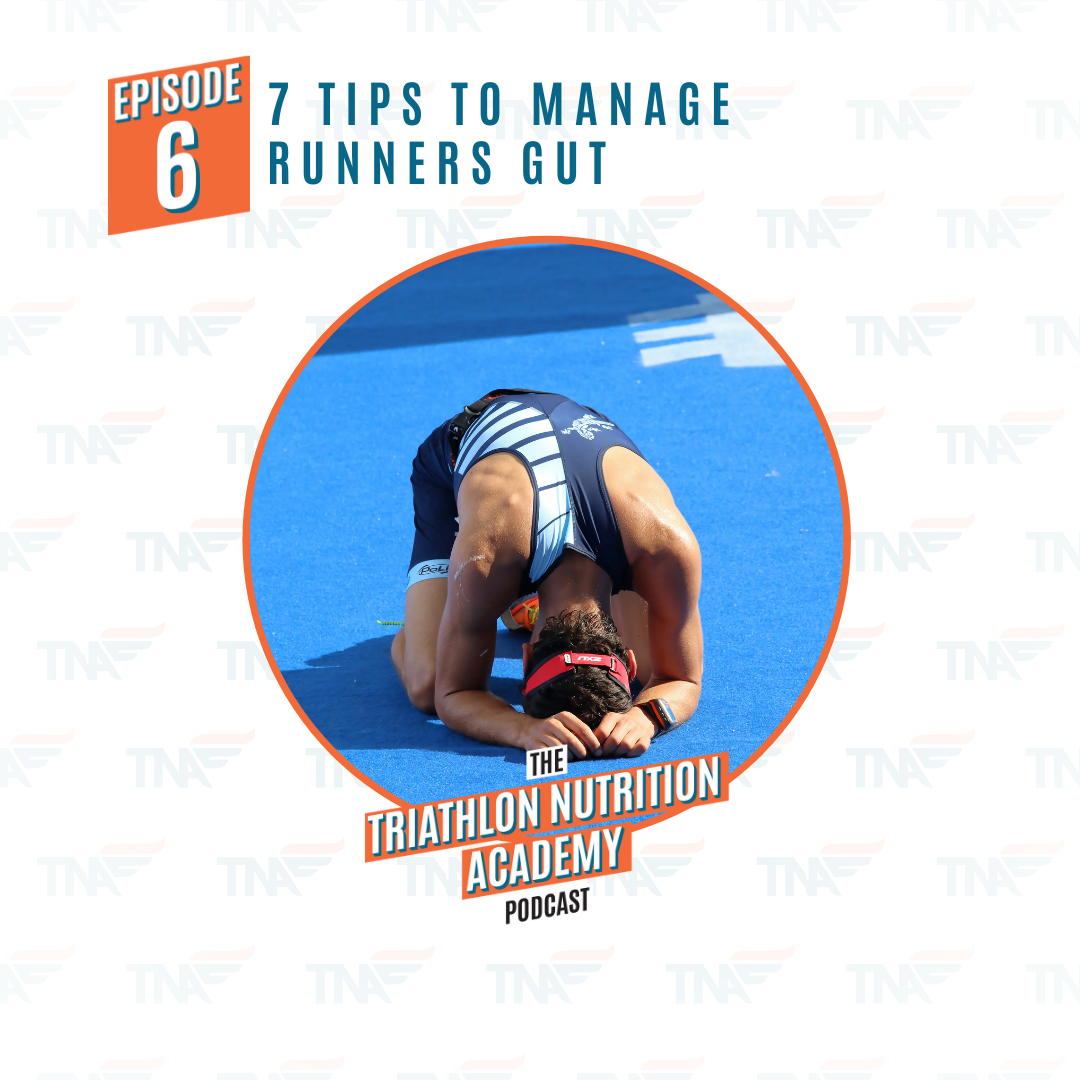 Connect with me here:

To learn more about the Triathlon Nutrition Academy, head to www.dietitianapproved.com/academy

Let me know what you loved about it and what you learnt by tagging me @dietitian.approved on Instagram!

Are you subscribed to the podcast?

If not, today's the day! I'm sharing practical, evidence-based nutrition advice to help you nail your nutrition and I don't want you to miss an episode.  Click here to subscribe in iTunes!

Now if you’re feeling extra warm and fuzzy, I would be so grateful if you left me a review over on iTunes, too. Those reviews help other people find my podcast and quality nutrition advice. Plus they add a little sparkle to my day.

CLICK HERE to review, select “Ratings and Reviews” and “Write a Review” and let me know what your favourite part of the podcast is.

You're awesome! Thank you!

Are you the type of runner that knows exactly where every public toilet is along your route? Or do you know that you've got maybe 7km’s before you know you’ll need to find the loo on every run? Don't worry, you are not alone. 30% to 50% of athletes regularly suffer from gut upset while exercising. It can be totally frustrating and a point of stress.  And sometimes that stress can make it worse. It's really common amongst endurance athletes. So gut symptoms like nausea, cramps, bloating, wind, worst-case scenario – vomiting and diarrhoea. And maybe even like Dire Straits is like that urgency where you've got to get to a toilet now and you're not sure you're going to make it.

So today I wanted to share with you some tips to prevent runners gut. So you can start to tackle some of the nutritional issues that might be playing a part in the symptoms that you're experiencing. I want to give you the confidence back that you can run wherever you want without having to try and plan your routes based on toilet availability. You want to be able to run with a friend and not be embarrassed about having to stop all the time. And finally piece together a run longer than maybe 7km’s without having to stop.

It seems that the frequency, the intensity and the severity of those symptoms increases as your event distance increases. It may be worse for Ironman athletes who are doing much longer training sessions compared to somebody that might be just doing Sprint and Olympic distance triathlon where your sessions are much shorter in comparison.

So why exactly does runners gut happen?

Well, it's multifaceted and highly individual. But some of the reasons could be that it's mechanical or physiological or it could also be nutritional. We also know that the symptoms are exacerbated or made worse by dehydration and hot weather conditions. If you're a female, you're younger and you run at high intensities, you may be at high risk of gut upset too, damn it!

Running causes an increase in intra-abdominal pressure. Which when combined with our organs bouncing up and down, that can cause gut symptoms. So when we exercise, blood flow is redirected away from our gastrointestinal tract to the exercising muscles. Our heart, our lungs, our diaphragm, so we can breathe our brain and our skin for cooling. Blood flow to our intestines, our digestive organs can be reduced by as much as like 80%, which is crazy. And that obviously compromises your gut function and can exacerbate symptoms.

Hydration also plays a really important role. Dehydrated athletes, they've reported higher rates of nausea, abdominal cramping and delayed gastric emptying. So that's the rate that food leaves your stomach. And I guess nausea associated with that when you've got food stuck in your gut and it's not going anywhere. Combine that with decreased blood flow to the gut with dehydration and it can cause increased permeability of the gut. So in plain English, things are moving across the gut walls in a way that they shouldn't be causing gut upset. From a nutritional point of view, things like fat, fibre, protein and high carbohydrate concentration, so osmolarity, they can all be associated with increased risk of gut symptoms. Fat, fibre and protein, they all slow down digestion. So it's definitely not ideal to be consuming those things when you're running at pace. And we know that large amounts of carbohydrate may not be fully absorbed across the gut wall. And that leaves residual carbohydrate in the stomach. That obviously causes symptoms during exercise like bloating and fullness and nausea. And worst-case scenario, if you're properly pushing the pace, the only way is out.

So what can you do to prevent runners gut?

Here are a few tips:

Now how much fluid you replace to minimise sweat losses is highly individual. It depends on how heavy a sweater you are. So somebody that sweats 3L an hour is obviously going to dehydrate much faster, if they're not keeping pace with that than somebody that only sweats 500mls an hour. So depending on who you are, you might want to replace maybe 50% of your sweat losses, some people need to replace up to 80% of their sweat losses, depending on the conditions and I guess the duration and the intensity are important for that as well.

Again, something to practice. If your sweat rate is you know, greater than 3L an hour, you will struggle to drink and absorb this volume of fluid without some serious gut training. And you know, you may never get there either, it may not physically be possible to keep pace with that loss over a long run.

Another good tip then, is to have a good hit of water with your pre-exercise meal. So somewhere in the realms of 300 to 400 mls maybe depends on who you are and what size you are, as that's going to prime the stomach to empty and then you're absorbing your nutrition so that you can use it during exercise too. So again, something to practice. Start with a small volume, say 100ml to 200mls with the pre-exercise meal, and then build that up to say 350-400 mls plus, depending on, again it depends on how big you are. A couple of hours before exercise. So a sports dietitian can help you with an individualised hydration plan to map that out for you.


Let me know if this sounds like you. Do you feel exhausted by the end of the training week? Do you crave sweets in the afternoon and feel like you need a nap? Training for 3 disciplines can be absolutely exhausting if you haven't dialled in your nutrition. It can be frustrating when you can't quite piece together the solid race performance you know you're capable of. And confusing when there's so much information out there. But you're not sure what's the right method for you.

My goal for you is to unlock your true potential and feel like a supercharged triathlete. Firing on all cylinders, full of energy and not only smashing quality training sessions, performing in every race too. If you're finally ready to start nailing your nutrition, join a powerful community of like-minded athletes in the Triathlon Nutrition Academy program. Head to www.dietitianapproved.com/academy to check it out now. For less than the cost of a coffee a day, you will finally have a plan for your nutrition instead of winging it and hoping for the best.

So a couple of big ones are onion and garlic, apples and pears, mushrooms, cauliflower, normal breads or pastas, fruit juice, dried fruit, milk or yoghurt, or really high lactose type foods. If any of those foods are in the back of your mind going “Yep, I definitely avoid those because I'd know that they're giving me issues” then there may be some benefit to going through a FODMAP test diet with a dietitian.

Now, please don't pull this from the internet. This is exactly why I started this podcast that you stop doing that. The FODMAP diet is a test diet and it only should be followed for two, maximum four weeks. And the premise is that you remove all the foods that can be an issue for you. And then you systematically reintroduce each group back in and figure out what the problem is.

Now, it's not something to do on your own, you definitely need to do it with a dietitian that is qualified and experienced in this space because you can F it up. And we know that the longer you pull these foods out of your diet, the more you actually affect your gut microbiota. The bugs that are in your gastrointestinal tract. And they can have other long term health implications.

So please don't mess with it. Because I've seen so many people that get put on it by somebody that doesn't know what they're doing. Or their GP says go and do this here's a sheet and then they're on it forever. And they have no idea how to reintroduce foods back in. And the problem is that it just might be one, maybe two groups of foods that could be a problem for you. It's not all of them. But you've been avoiding all of them unnecessarily. So your diet is limited and restricted. And that's not fun. So you lose all that good variety in your diet too. So definitely make sure if you're in the back of your mind, you're thinking this resonates with me and this is potentially me, do it with somebody that's qualified to do it and be systematic in your approach so you can get on it and then get off it quickly.

So that's my seven tips for trying to deal with runners gut. If something in there has resonated with you then definitely try and get to the bottom of it. A lot of runners gut symptoms are preventable, but there's no point just trying to wing it on your own. It's a really generally easy, quick fix. But you just need somebody that knows what they're doing to help you with it and get to the bottom of it really quickly because it sucks trying to run and needing to know where every toilet is on your route. Or also knowing that you've only got to 6km's before you're going to need to go and stop and go to the toilet.

So definitely get to the bottom of it. If runners gut is a problem for you stop trying to wing it yourself and actually get some strategy to what you're doing.

Looking for a community of like-minded 'athletes'?